It appears the English language stole its name for raisins from the French “raisin”, which means grapes. So far, so good, right? So where does the term ‘grape’ come into this?

A clue lies in the French for ‘a bunch of grapes’: ‘une grappe de raisin’. Oddly, it was ‘grappe’ (‘cluster’), not ‘raisin’ that became associated with the juicy fruit in English. 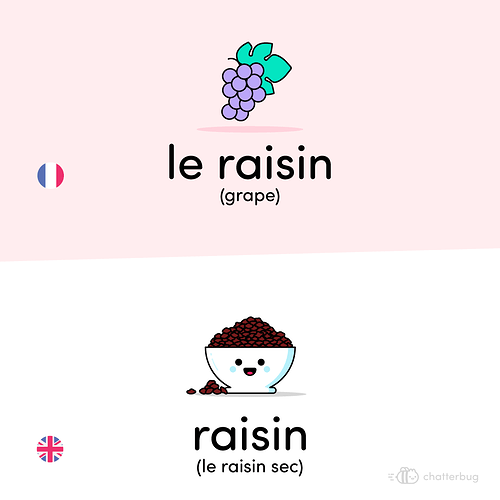