There is a saying that goes “You can take the South African out of Africa, but you cannot take the Africa out of a South African.” I can confirm that this is indeed true.

For the next couple of weeks, I will be sharing my South African adventure with you. I will add some tips and tricks to not only motivate you to visit this beautiful country, but also prepare you for what South Africa is all about! 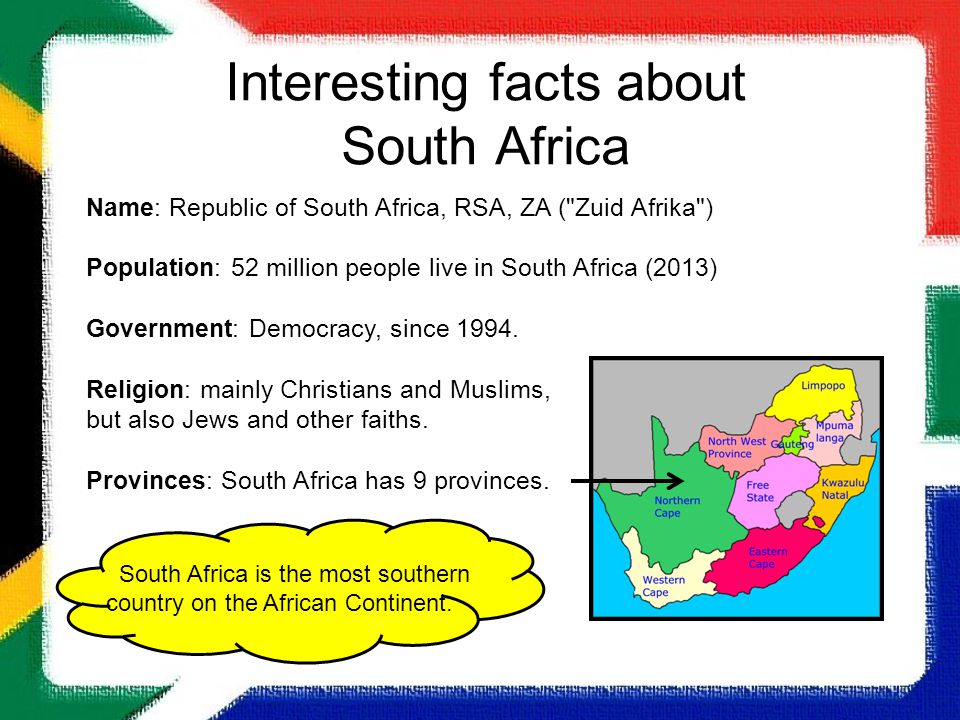 After two years of postponing flights and dodging Corona, I was finally home and flying into Cape Town and spotting Table Mountain was the perfect highlight to the end of a twelve hour, uncomfortable, sardine tin filled flight! 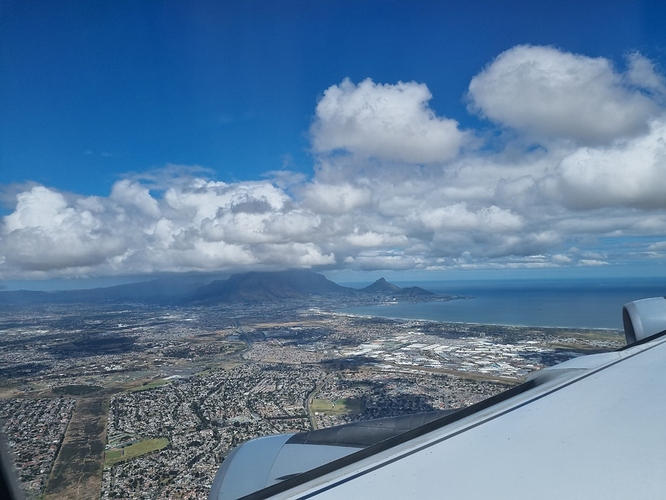 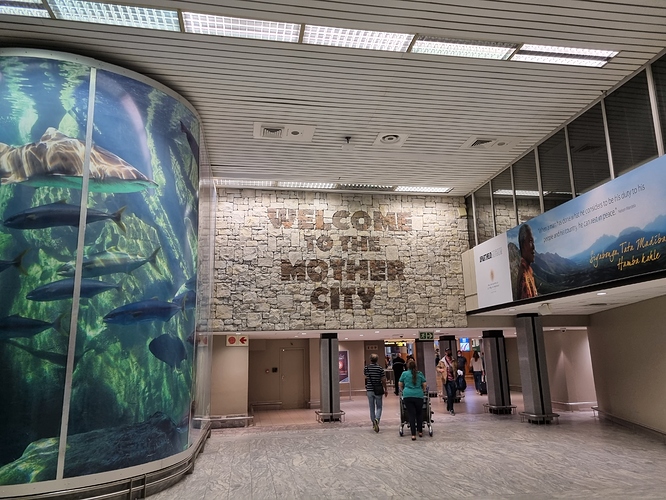 From here on out, my road to home was not yet over.
My journey would take me from the beautiful city of Cape Town with its bustling streets and friendly people, to a small coastal village named Still Bay. 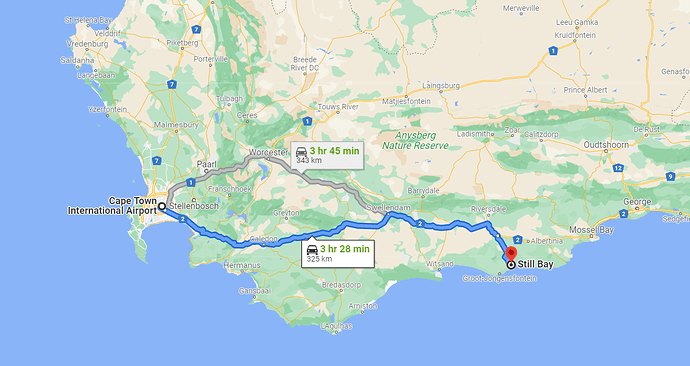 Still Bay, also known as the “Bay of Sleeping Beauty” , is a town along the southern coast of South Africa about four hours by car from Cape Town in the Western Cape Province.

Still Bay is host to a number of interesting archaeological sites, including ancient fish traps thought to have been built by early ancestors of the Khoi people of the Southern Cape, and a shell landfill that has been carbon dated to around 1000 BC.

Several concentrations of ancient inter-tidal stonewall fish traps are found on the Hessequa coast, some of which can be seen at the western beach area and Skulpiesbaai, Still Bay.

One of the easiest ways of harvesting fish in ancient times, would have been gathering those stranded in natural tidal pools. This would happen after the turn of the tide.

Most of the ancient fish traps are shaped in a half moon and vary in size. Early cage dwellers noticed that fish got caught in the natural tidal pools as the tide receded. The seaward side slopes gently to make it easy for the fish to swim into the trap. The internal face is vertical and clear of debris and sift. The Fish are trapped in the pools as the tide goes out . It is then an easy matter to remove the fish from the almost dry trap. 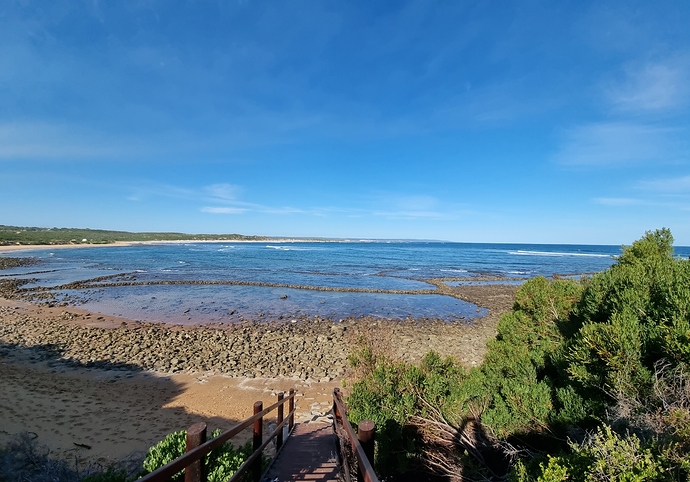 Another archaeological site is situated in a group of caves at Blombos cave, about 12 kilometres from Still Bay. Artifacts found at Blombos have been carbon dated to around 77,000 BP, making it the oldest known human settlement today. 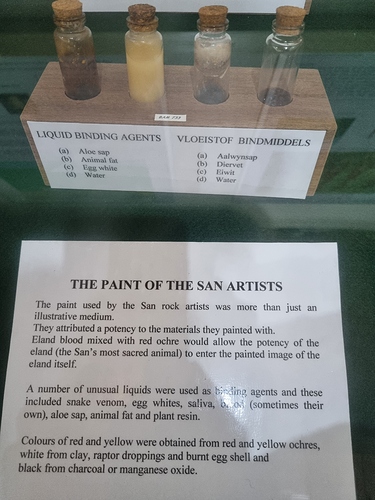 After a day of interesting history, museums and artifacts, it was time to dive into something a little different. Feeding eels!

The freshwater eels at the Still Bay Information Bureau are the only tame eels in the country and have apparently been living there for the past 125 years! I did not take the opportunity to feed them myself, but rather enjoyed my cozy spot on the grass while they snacked on chicken livers! 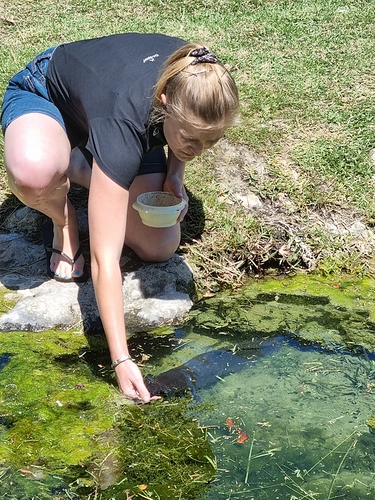 With a schedule so jampacked, one often needs a bit of a snack! The solution…BILTONG!
One can never say no to Biltong! With a wide variety to choose from (dried sausage, beef biltong, ostrich biltong and many more), one will never go long without the opportunity of buying some fresh Biltong from the local butcher or farmer. 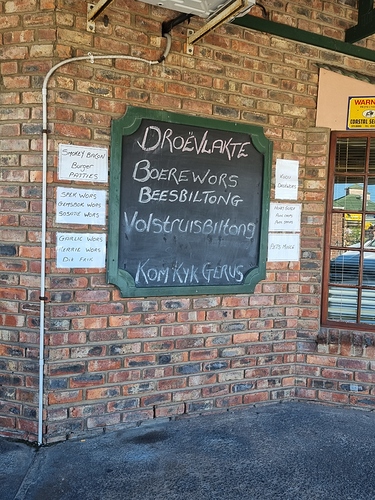 What is Biltong?
Biltong is a form of dried, cured meat that originated in Southern African countries (South Africa, Zimbabwe, Malawi, Namibia, Botswana and Zambia.)
Various types of meat are used to produce it, ranging from beef to game meats such as ostrich or kudu. The cut may also vary, either fillets of meat cut into strips following the grain of the muscle, or flat pieces sliced across the grain. It is related to beef jerky in that they are both spiced, dried meats; however, the typical ingredients, taste and production processes differ. 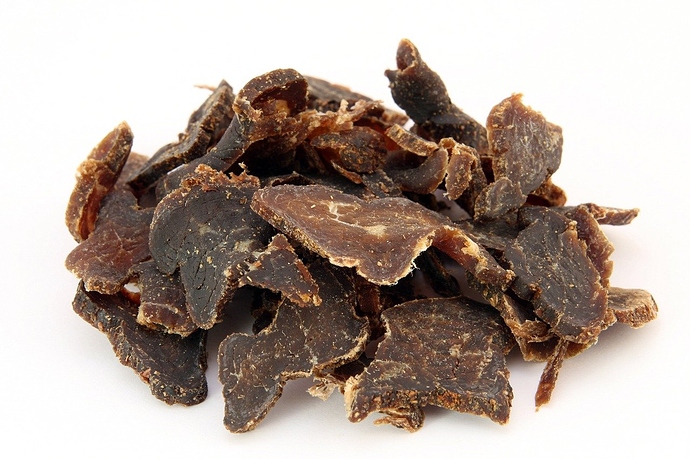 After a perfect snack, it was the perfect time for a stroll on the beach! What an amazing beach Still Bay has to offer. With pristine beaches and beautiful waters, this beach is also a protected area. People are very focused on keeping their beach(es) clean, litter free while also protecting sea and wild life. 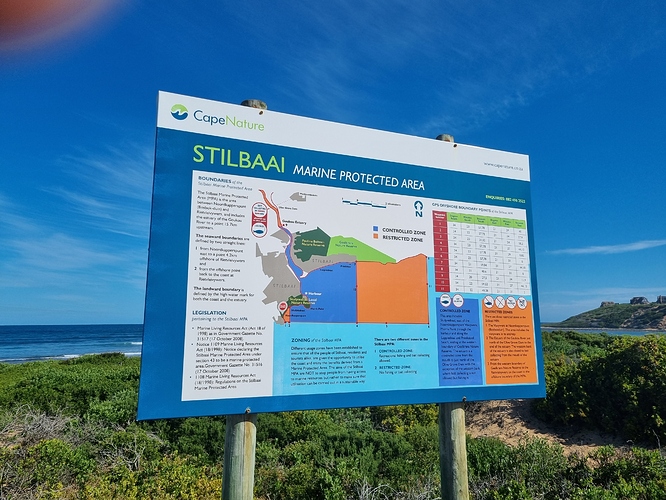 First, I met up with some Blue Bottles, who as a child, used to make swimming in the sea a very painful experience. With their stinging tentacles hidden under the sand, they may come across as being polite and friendly, but don’t be fooled! They pack quite a sting! 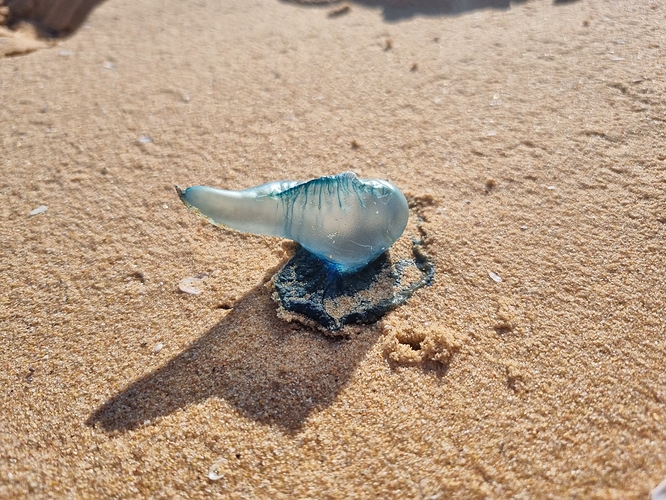 Not far away, I caught Mr and Mrs Slug with their Slug family, doing what they do best… EATING! These cute little slugs dig themselves just below the surface of the sand and are found at the waterline. They are mostly only seen when food is readily available or when the tide disturbs their sandy hideouts. On this particular day they were eating away at a piece of fish. 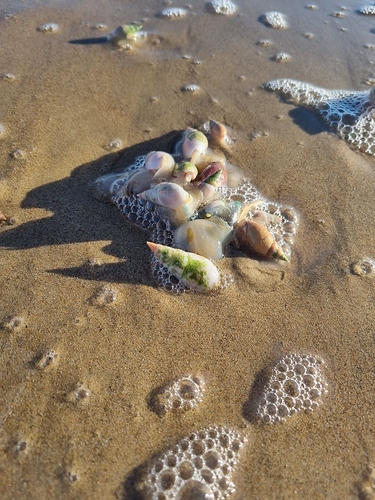 I was heading home when all of a sudden I spotted a tortoise crossing the road. Thankfully, in the Still Bay area, it is perfectly normal and acceptable to stop your car, switch your hazards on and give wild life right of way.
I had the opportunity of saving this little guys life after he just couldn’t cross the road fast enough! Needless to say, I named him Billy the tortoise and sent him on his way! 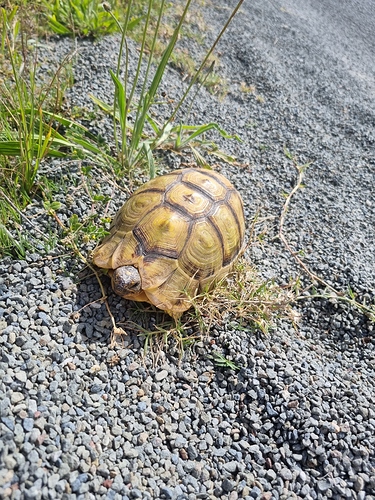 Feeling a bit peckish, but run out of Biltong? This is the perfect time to try out some local (to the area) food. Even though a traditional South African braai (bbq) would be very high up on the list of choices, one cannot pass by the opportunity of trying some freshly caught and prepared fish and calamari. 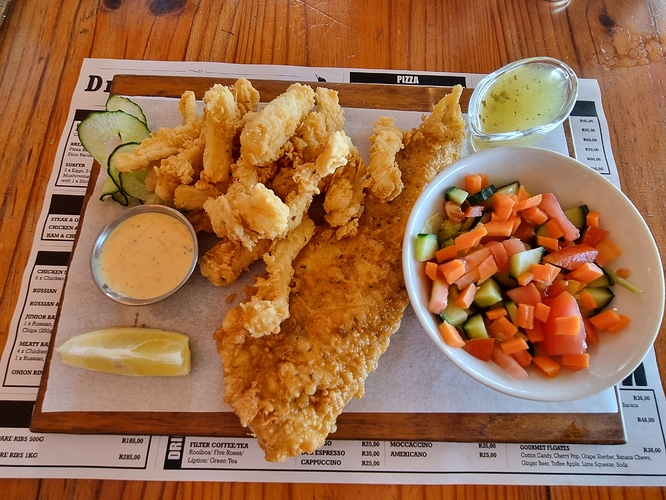 Freshly caught, same day fish and calamari have a texture and taste that cannot be described other than heaven in your mouth! With a slice of lemon and some tartare sauce on the side, one can never go wrong!

What an amazing first week I’ve had in Still Bay so far! Stay tuned for “My South African adventure Part 2” which will be heading your way next week!

For now, I will leave you with a bit of South African slang! 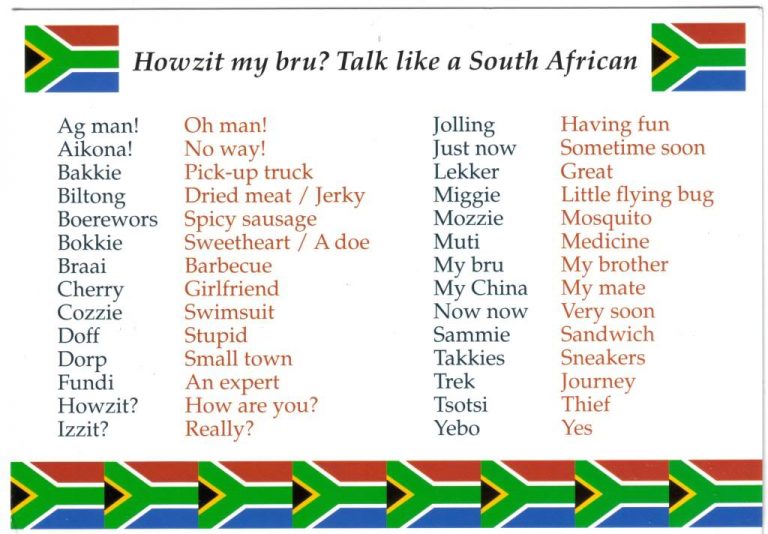 What a lekker travel adventure @ChereeKr!

I’ve been to SA for work a couple of times, always at beaches near Capetown - but I never encountered a bluebottle. Are they common in the CT area? I’m glad I haven’t seen one so far!

This is so well presented. South Africa is full of amazing sights with the best beaches. I am looking forward to Part 2 and should you pass Hermanus, make sure to to get my address and come and visit me. Have a splendid time and enjoy every minute of your journey.

Bluebottles actually love warm water, but unfortunately you find them all over!
The problem comes in when they are still in the water. They are very hard to spot and if you are to swim into them it will cause a lot of pain. 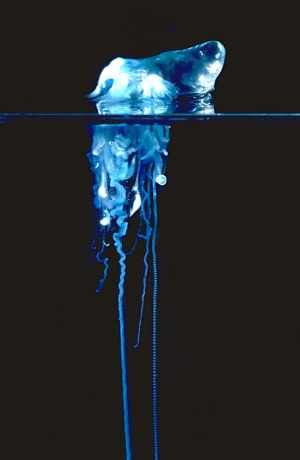 @Toby The tentacles of the Bluebottle have small ‘cysts’ on them that contain venom. The purpose is actually to ‘fish’ for small fish and shrimp, however, if you are to accidentally meet one of them face to face in the water, I can guarantee it won’t be a pleasant experience.

Thanks so much for the kind words @Dagmar !

Thank you so much @Germanlady !

I would love to visit South Africa

. Thank you, @ChereeKr for sharing your trip with us! It looks amazing, and now I know to be careful with those Blue Bottles

. Have a good time in your hometown

Awesome post @ChereeKr!
I’ve never been to South Africa, but in Namibia they also had Biltong and Ouma rusks! I miss those snacks quite a bit.

Thanks for bringing us along on this small vacation to your home country! Can’t wait for the next posts.

What an amazing post Cheree! It makes me so nostálgic about my SA trip over ten years ago! I spent 2 months at Kruger National Park and had a great time.
I tried Biltong and really liked it.
Here are some pictures of my stay in South África in 2008. 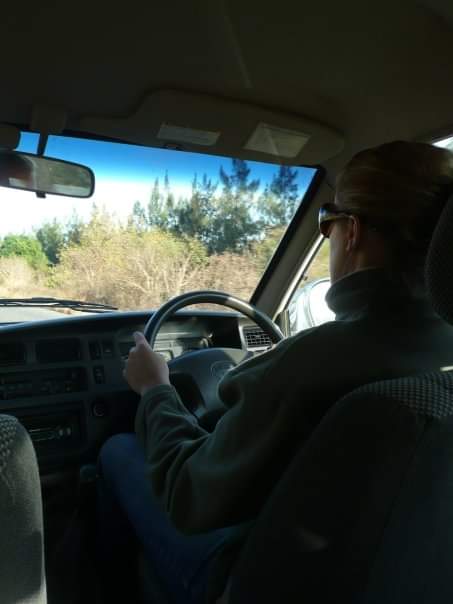 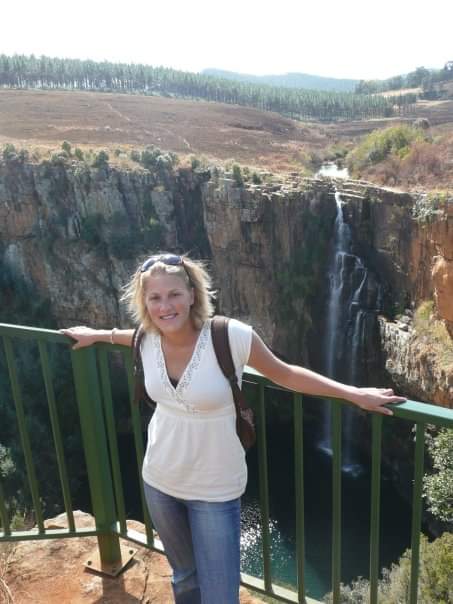 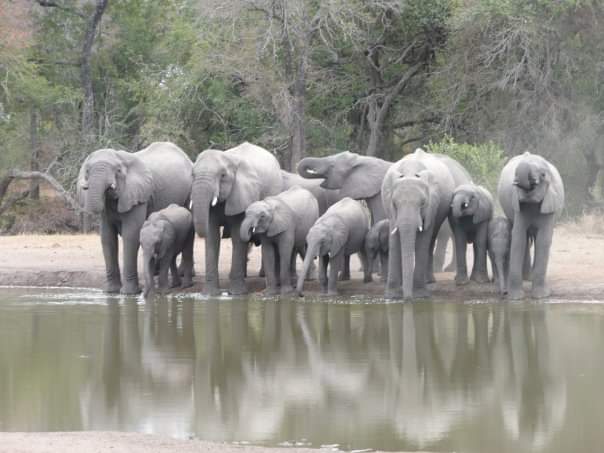 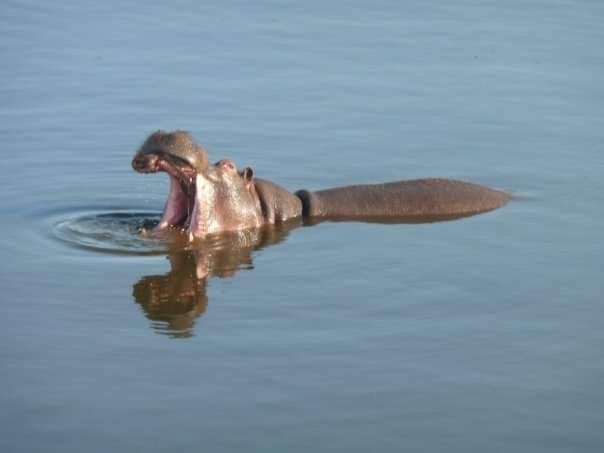 It looks amazing. Thank you for sharing Cheree.
I am a fan of South Africa, albeit I never visited the country. I wrote my thesis on the second Boer War. Afrikaans is such a beautiful language. I kinda understand it well because I learned Dutch at school for many years.

I have actually not been to Namibia yet, but I’ve only heard good things. It is definitely on my bucketlist!

(Translation: I wasn’t sure whether I should respond in English or Afrikaans!

It is so interesting to hear that you did your thesis on the Boer War. What inspired you to choose that topic?

Your photos are amazing @Lari1108

Thank you for sharing!
The Kruger National Park is an amazing place! Unfortunately, it is a bit far away from where I will be this holiday, so I won’t be able to visit.
Can you remember which rest camp you stayed at or did you stay outside the park?

Oh, I understood everything in Afrikaans except the word “daardie”.
South Africa has a fascinating history. From pre-European arrival to modern era. I liked the Boer Wars as they tell the struggle of the Afrikaners and their fight for independence and freedom from the British Empire. Although the Boer were pretty much outgunned they put the empire in deep trouble.
It was also fascinating that troops from all over the empire came to aid the British in their struggle against the Boer. Something that was seen a few years laters on much larger scale during the First World War.

Well, that being said it’s a fascinating history

Very interesting @Noel. Thanks for sharing!

The word ‘daardie’ can loosely translate to ‘that’.

Wat is daardie?
What is that?

Thank you Cheree for your trip report. I enjoyed reading it very much.

You’re welcome @Robert-J! Glad to hear you enjoyed it!