The next part of my adventure took me roughly ten hours away from the coastal town of Mossel Bay, through the Karoo and up into the Kalahari to a small town called Kathu. The purpose of heading specifically to Kathu, was to celebrate my cousins wedding, and it was definitely worth the trip! 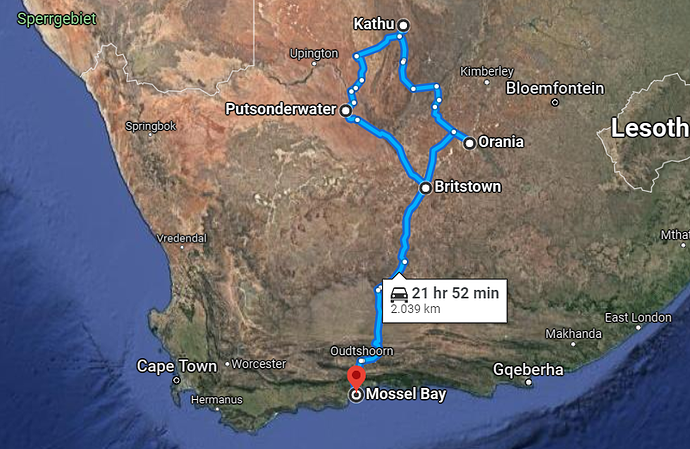 Driving through the Karoo, it was incredible observing the open landscapes that stretched out for kilometers on end. 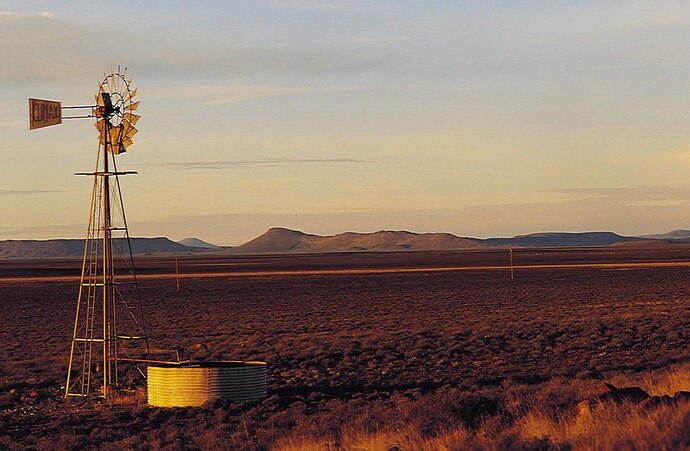 The Karoo is a dry, inland region that stretches between the Eastern, Western and Northern Cape provinces of South Africa. It is best known for its vegetation consisting of succulents and low scrub bushes that can span several meters apart.
Altogether, this area occupies about 395,000 square km, about one-third of the total area of South Africa.

After just over six hours of driving, we reached our first overnight stop in Orania. 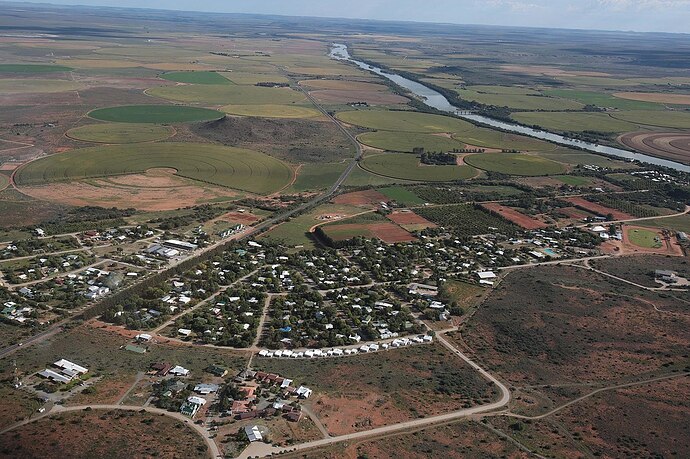 Orania is located along the Orange River in the Northern Cape. It has gained a lot of attention over the years for being an “Afrikaner” town in the heart of the country. They have their own currency, schools, municipality, and flag. They also believe that success comes to those who work hard. The community of Orania strive toward being independent, they are self-sustaining and therefore many farms and greenhouses are located around the town.

After a good nights rest and a hearty breakfast, it was time to set off to our destination town, Kathu.

Kathu is known as the iron ore capital of the Northern Cape. Its name means “town under the trees”, which was given by an engineer who was working in the area around the 1990s.
Kathu is also situated within the Kalahari desert. 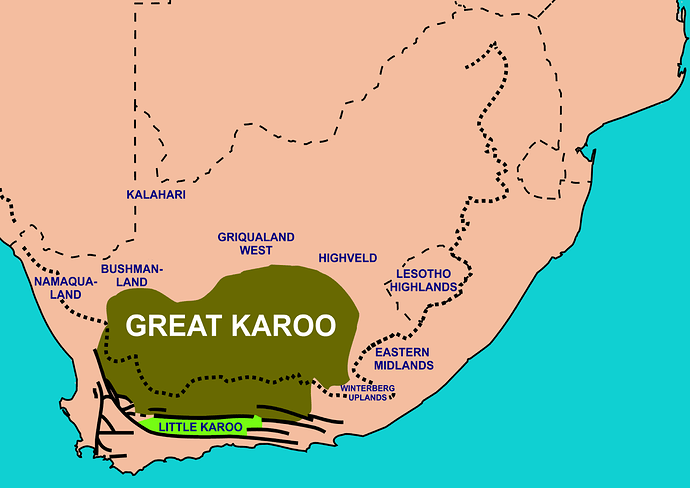 The Kalahari desert, stretches between South Africa, Botswana and Namibia and occupies around 900,000 square km. 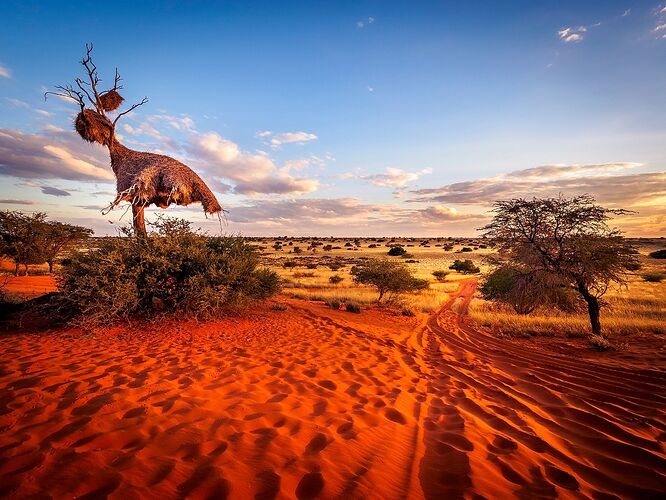 “Kalahari” comes from the Tswana word “Kgala”, meaning “the great thirst”, or “Kgalagadi”, meaning “a waterless place”. The Kalahari consists of vast areas covered by red sand and without any permanent surface water.
When driving through the Kalahari, make sure to keep a look out for Meerkat, Springbok, Gemsbok and interesting bird life. Be careful to blink, you might miss out on something incredible. 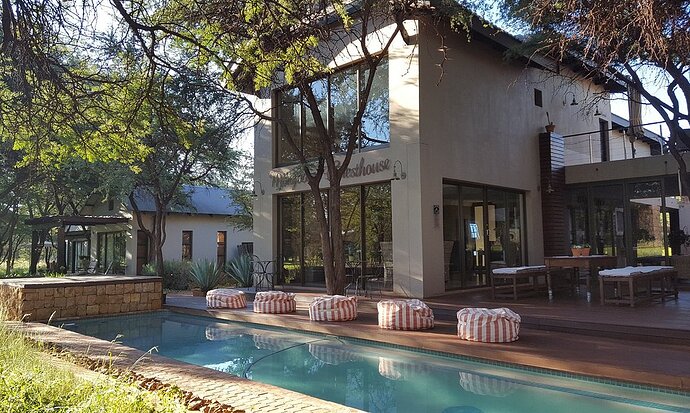 We were lucky enough to find accommodation at the Mongoose Guesthouse which is situated on the Sishen Golf Club. The peace and tranquility experienced during our stay was incredible! Wild Meerkat and exquisite birdlife kept us gazing up into the sky for hours on end!
For those who prefer to spend their day out on the golf course, the Shishen Golf Course is a must!

After celebrating a beautiful wedding and spending some time with family, it was time for the next part of our adventure.
This time we were heading back south, but not before turning off to visit one of South Africa’s well known ghost towns called “Putsonderwater”. 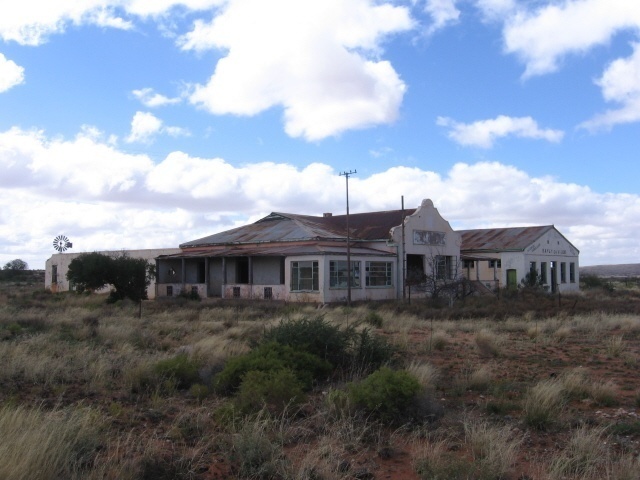 The story of how Putsonderwater came to be is not very clear, which has lead to many different tales being told. One example is that back in the dim and distant past, this little town was called Klippan. An old man called David Ockhuiswhose dug a well in the 1880s but didn’t want to share the water with passers-by.
Whenever a passer-by would ask him if they could have a drink to quench their thirst, the man would reply “Ja meneer, ek het 'n put, maar dis 'n put sonder water.” (“Yes sir, I have a well, but it’s a well without water.”)
Whether or not this version of the story is true, is still up for debate.

Putsonderwater at one stage was awarded the prize for the most beautiful railway station in the country. In the 1980s, it was an important stop on the Cape-to-Windhoek railway route. Even in the 1990s, the town was still operational. Due to a series of droughts, cattle trade in the district dried up. Passenger trains and buses ceased stopping in Putsonderwater and today it has become a ghost town.

Fun fact: In South Africa, the term “Putsonderwater” is used to indicate a far-off place, similarly to Timbuktu or Brigadoon.

Our last stop of this trip was on a farm just outside Britstown called “Sweetfontein”. 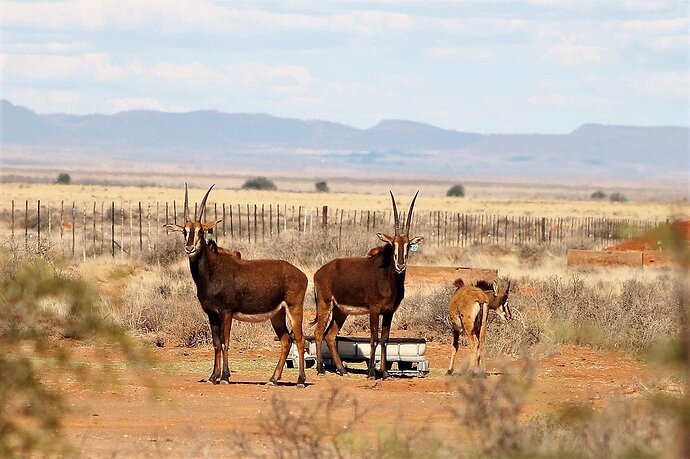 We were spoilt with stretched out landscapes and pure silence, a severe five minute hailstorm followed by tranquility. This was the perfect way to bring an end to a very busy week of travelling. The chef on this farm made sure that we had the perfect Karoo experience by serving up some home cooked Karoo lamb shanks with locally grown veggies. An absolute must!

2039km, 7 days, many photos and endless footsteps later, we were back in the comfort of our holiday home. Now it was time to take a short four day break before our next adventure would begin!

Again, such an amazing report @ChereeKr thank you so much!

Out of curiosity, is it safe to travel by car through South Africa as a tourist? Or have you found yourself in situations that were uncomfortable or even dangerous?
Here in Mexico for example I would not drive after nightfall by myself, at least not in certain areas.
How is that situation in SA?

Hi @Lari1108!
Not only a great question, but a very important one to ask.

First things first. Bare in mind that in South Africa we drive on the left-hand side of the road and all vehicles are right-hand drive. If this is not a deal breaker for you, continue reading.

As you are aware, safety plays a very big role in South Africa and this is one of the main reasons I prefer to encourage first time travelers to rather book a tour which offers a driver.

Here are some of the factors to consider when self-driving:

Unfortunately, these are the realities of traveling to South Africa. Doing some research and being well prepared is very important when traveling to our beautiful country.
Growing up in SA, these “rules to live by” have become the norm to us so they don’t stand in the way of us traveling around the country. The only difference it makes, is that we are always prepared and well aware of our surroundings. Thankfully, we have not been victims to any of the above mentioned situations.