Tonight while making popcorn with my kids, I noticed the salt shaker included a description in French: sel de maïs souffle.

Is maïs souffle the common phrase for popcorn?? I must admit: j’adore the thought of a corn souffle!

Thanks for your comment, it illustrates one of the differences between the several forms of French

In Canada, “popcorn” is called “maïs soufflé” (corn which has been blown up until it becomes “popped corn”) but in France, it’s also called “pop-corn”!

Hope you had a nice time with your kids around le maïs soufflé !

Ah! Thank you for the explanation @Laurena! It seems that Williams-Sonoma is trying to go after the Canadian market then 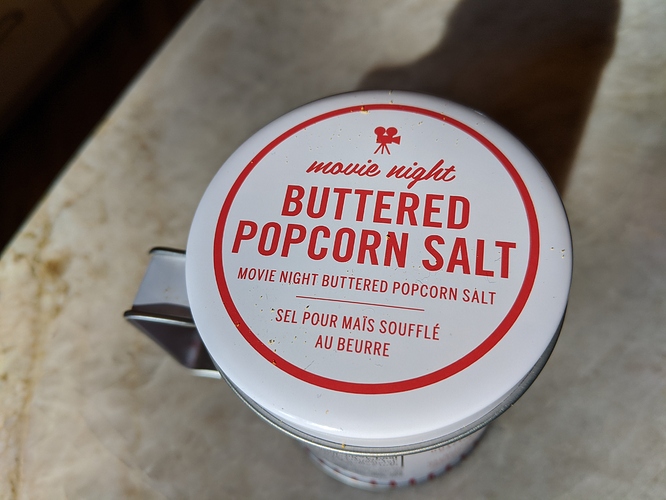