Summer Launch Party and Fireside Chat with the Founders

We’ve had an exciting summer here at Chatterbug and would like to invite you all to celebrate with us at the Silicon Allee Campus on August 13th! What have we been up to you might ask? For starters, we doubled the number of languages we offer with the launch of our English and French courses. Also, we raised $8M USD to invest in the future of language learning. Come join us for a drink or two on us to celebrate these milestones!

We also have some more exciting news - all four of our founders will be in Berlin at the same time! This is a rare occasion, so we are going to take advantage of having them in the same room by starting the party off with a fireside chat. This will be a great opportunity for you to get to know them, hear about their journeys, and learn about their visions for the future of Chatterbug, language learning, and technology in general.

A little bit about our founders:

Scott Chacon: for those of you who do not know our CEO Scott (as he already has quite the Berlin presence), he was previously the CIO and cofounder of GitHub. He has given many keynote talks at conferences such as Cebit, Hub.berlin, and Bits and Pretzels. He is also author of Pro Git, published by Apress and found online at git-scm.com.

Tom Preston-Werner: Tom has quite an impressive story, founding several companies including Gravatar and, of course, GitHub, where he was CEO. Tom has incredible expertise in product design, which is why he runs the product team here at Chatterbug as our Chief Product Officer. Fun fact: he has his helicopter pilot’s license and enjoys flying helicopters in his free time.

Liz Clinkenbeard: Another former GitHubber, Liz was the first ever PR person for GitHub, building the company’s communications team and strategy from scratch. Prior to that she spent a decade as a PR consultant in the Bay Area, helping dozens of technology companies shape and tell their stories. She’s our Chief Communications Officer, and she also happens to have a degree in linguistics from Harvard where she wrote a thesis on multi-language acquisition. How apropos!

Russell Belfer: It should no surprise that Russell also came from GitHub, where he was Director of Engineering. Prior to GitHub, he led teams of engineers at Amazon, LiveOps, and Reactrix Systems (where he first met and worked with none other than Scott Chacon!). Russell is Chatterbug’s CTO.

The fireside chat will be hosted by Gabriel Matuschka, Partner at Fly Ventures, one of Chatterbug’s first seed investors, and all around great guy.

Following the fireside chat, we will enjoy drinks in the courtyard until about 10pm and then we will move the party indoors (to respect the neighbors) to the R/D cafe.

We hope you will join us to celebrate the future of Chatterbug!

Some photos from the event! 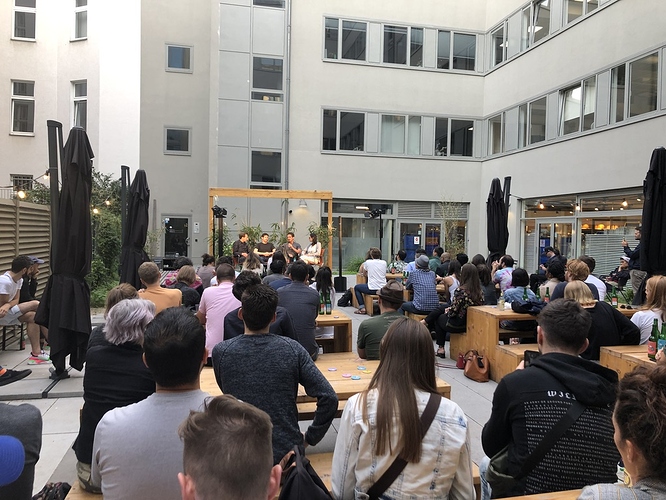 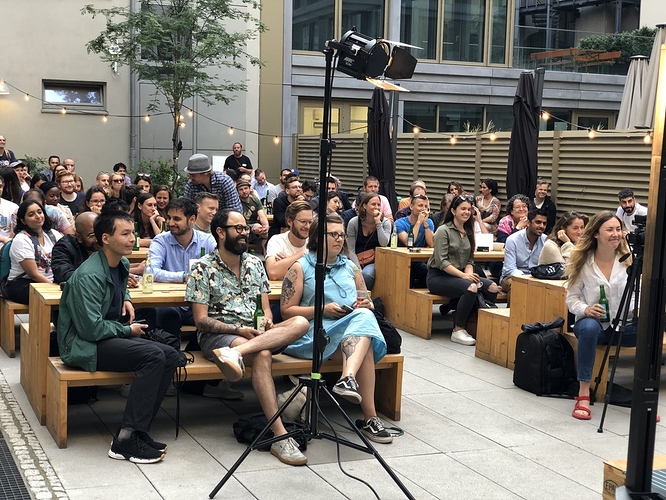 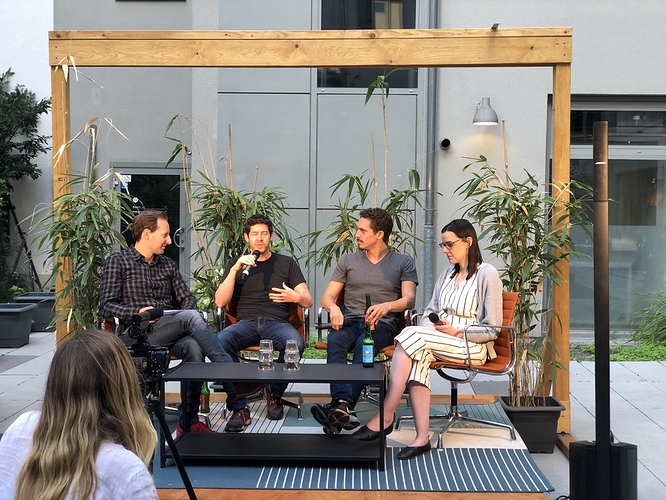 If you didn’t get the chance to join us for the Summer Fireside Chat earlier this year, it’s now available to watch here: Chatterbug Fireside Chat Video

Thank you for sharing this link. A very interesting conversation. I did not know that Chatterbug had a dedicated YouTube channel. I have subscribed and am looking forward to more interesting videos.